My name is Hani Abdulkader Uqba. I am Ilham’s cousin from Sanaa, Yemen, and I have lived here my whole life. I am a geologist working for the ministry of oil and minerals for the last 13 years.

When the war in Yemen started, Ilham contacted me about helping orphans whose parent or parents have died during the war. I first met Moataz (7 year old) and his sister Balsam (8 years old) when the Sheik in the Barish Village in the Hamdan district indicated to me that they were in urgent need as their father had died. Once meeting them, I found out there was another child in the household called Islam (6 year old girl). After checking them out, we committed to helping these children by providing money on a monthly basis. Since then, Ilham and I have worked on a variety of projects together and in this post I will outline our 2017 Ramadhan Food Parcel Project. 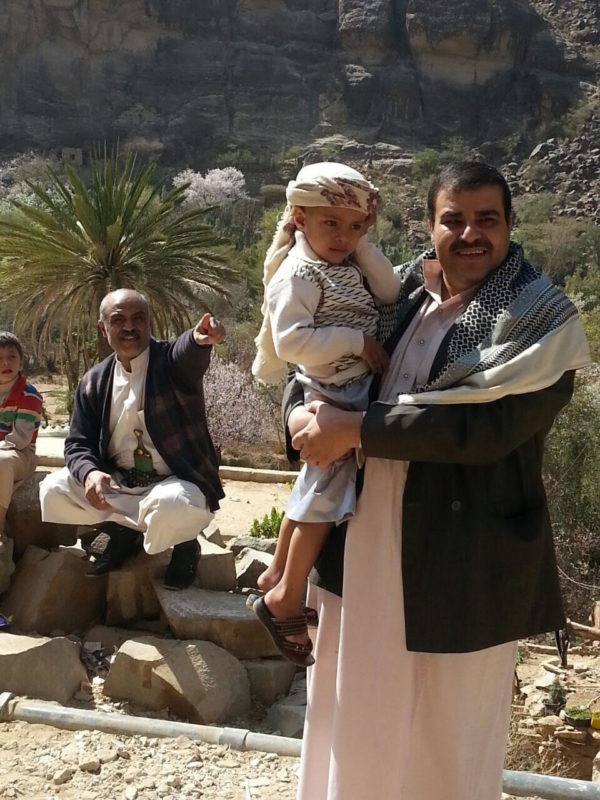 In April, since the war had gotten so bad, and people were dying from bombs and poverty, Yahya Foundation’s volunteers began discussing how we could help during Ramadhan. After considering lots of ideas, we decided on distributing food parcels to feed 50 families. We made a list of what we wanted to buy and I then looked into the local prices.

To raise funds, we formed teams of volunteers around the world: UK, Kenya, Kuwait and Canada and encouraged each other in the form of a competition to see who could raise the most. Alhamduillah, we were able to raise more money than we anticipated; which allowed us to provide 225 families with food parcels. 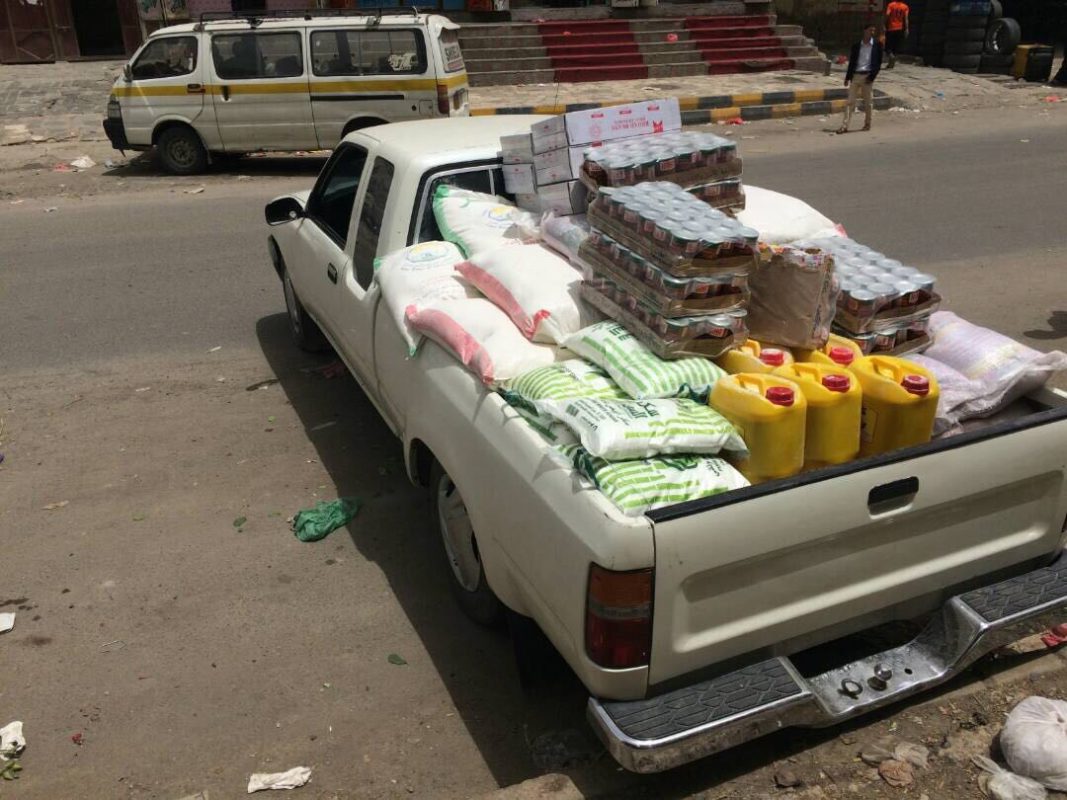 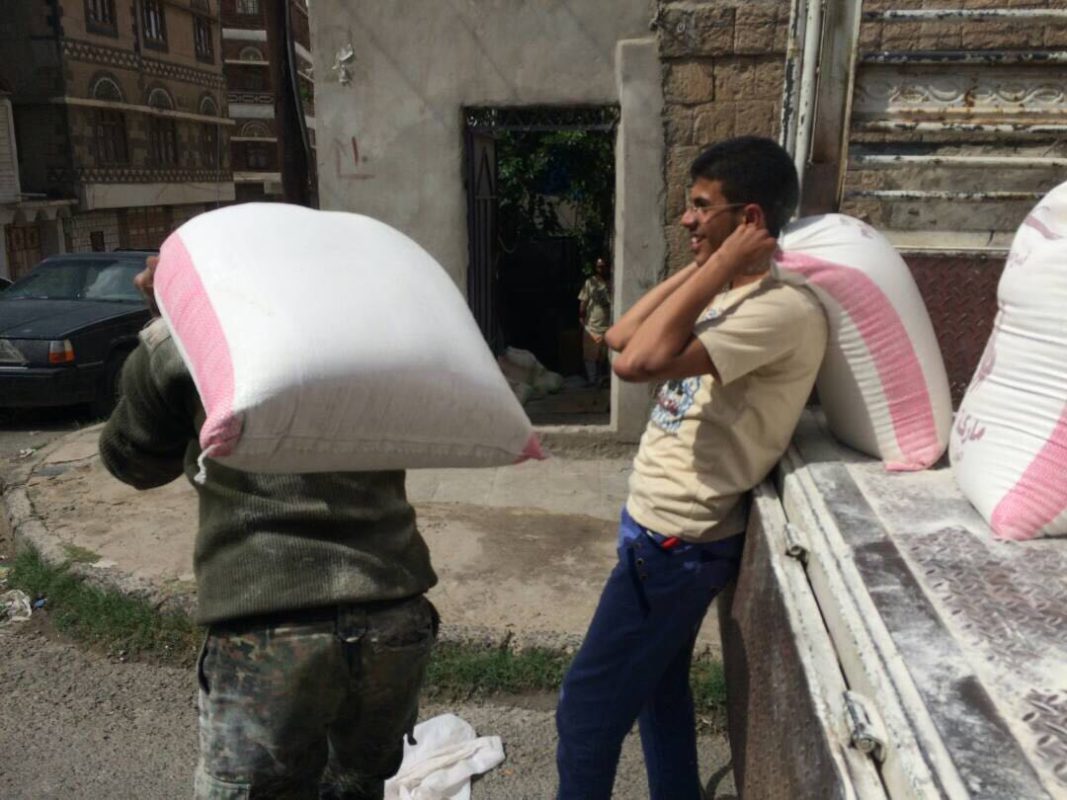 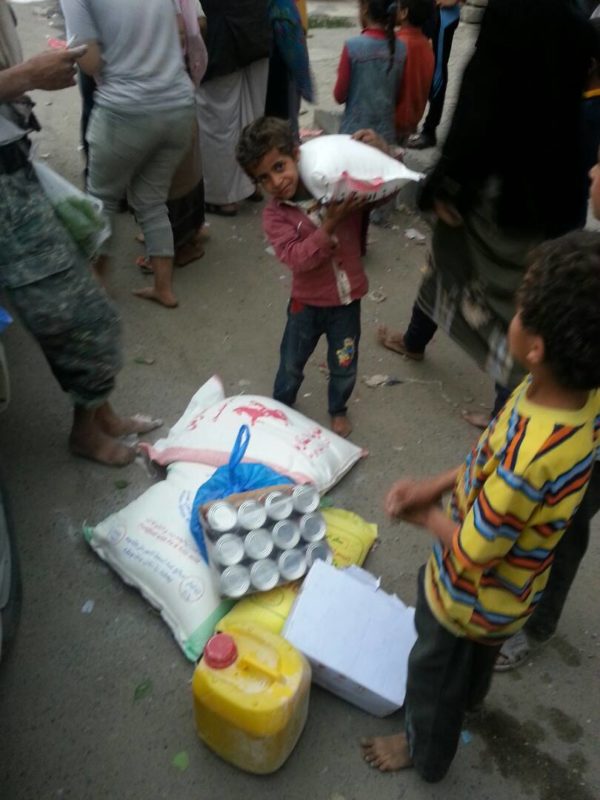 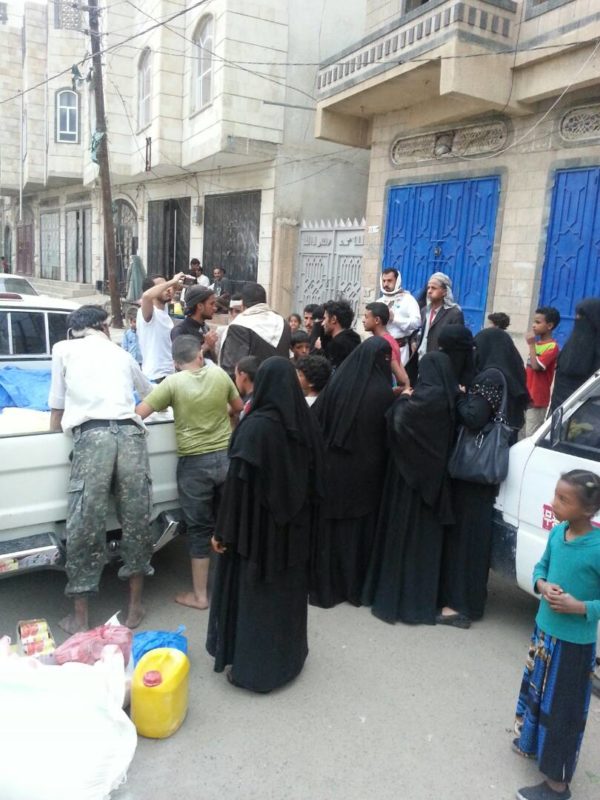 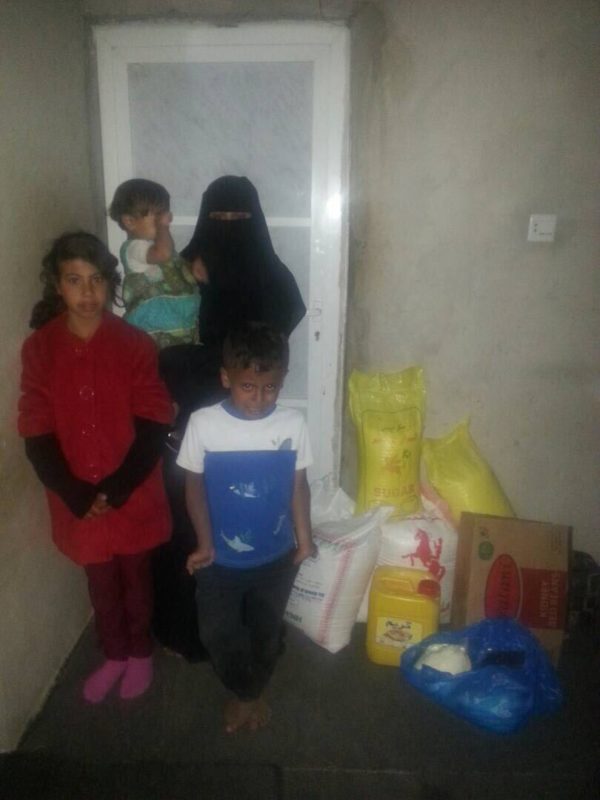 The most memorable thing I can remember, was how happy the children were to receive the food. There was two young girls singing and dancing saying “oh we have food, we have food”. You have to imagine, these people would go to sleep not knowing what they will have for breakfast the next morning. I am very proud to have been able to help these people, maybe this is the best thing I have done in my life

In the end, we were able to raise over $15,000 which allowed us to provide food to 1173 people. In my next blog post I will talk about how we also provided Iftar every day for families during Ramadhan.